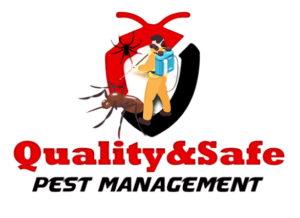 Who are termites and how do they look?

Termites in Australia – Silent destroyers are the other name of termites as they have the capacity to chew through the flooring, wood, and even wallpaper undiscovered. 2000 known termite species are there in the world. Every year we get to know about the property damage because of termites and recently there are $5 billion cases of property damage due to termites. In fact, we also had to go through many problems because of these termites and the only question arises how to get rid of these termites? We can apply one popular method in order to stay away from termites is that treating the soil around your home with a termite insecticide which is imidacloprid or fipronil. Termites are also known as the most industrious insects in the animal kingdom.

Here are the most interesting facts about termites:

●They never sleep: The termites never sleep, the way and the meaning of saying are that they do the damage really fast as they do not take rest or do not stop even for a second. They literally do their work as the tireless workers do 24/7. Just like ants sleep in micro sessions, termites also sleep like them.

●They emerge from an egg every second: Every 15-20 seconds queen termites lay an egg. The queen lays an egg all day and night nonstop which means an individual queen termite lay at least 5000 eggs per day, now there is no doubt or no wonder that termites spread so quickly.

●The ever-lasting queen termite: The most important thing about the termites is that they are everlasting, long-lived, they live up to 25 to 50 years. Moreover, the impressive thing about this termite is that this makes the longevity of termite control mounds.

●White ants: People are generally confused between the ants and termites as they think both are the same which is not true in fact termites are known as white ants who are closely related to cockroaches than ants. Moreover, they belong to a very complicated caste system which is different from their cockroach apostle.

●A king termite: Just like a queen termite there also exists a king termite who has a limited life of their own than the queen. The king and queen termites’ releases aroma to chemically contain other potential contenders to the throne.

●Termite’s fart: In the digestive tract of the termite, they have a special bacterium in it that enables them to break down cellulose. The consequence of this termite fart is silent, odorless, and undetectable. Moreover, their fart contains methane which is a greenhouse gas and they are responsible for up to 3% methane emission into the atmosphere.

●They are blind: Mostly termites are blind as they live underground but the queens and kings are the ones who have eyes even though very weak ones but the remaining are born without eyes. They have to be very sensitive to get around as they use chemical markers, they bang their heads and brethren felt the vibrations throughout the tunnels.

●They make sounds: When they headbang through the tunnels underground, then people cannot hear their sound, their voices are undetectable to human ears instead we can hear their sound when they dig a tunnel throughout the wooden foundations at your home.

●It has been around for a longer period of time: It has been said by the entomologists that the termites are here since 150 million years ago that making termites quite an ancient menace, in fact, trees are comparatively young when termites appeared.

●The specialty of termites: In Australia, termites have been used as a delicacy as they are quite nutritious and a source of protein. The termites are also used as a source of medicine in Asia for different diseases, such as muscle soreness and headache.
Conclusion
So, the article was all about the interesting facts about termites in Australia.

Quality and Safe pest management the executives are your nearby and most trustworthy bug control and termite treatment organization in Sydney. The entirety of our work is completely ensured, guaranteed, and did by authorized, prepared experts. 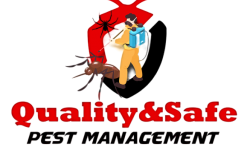